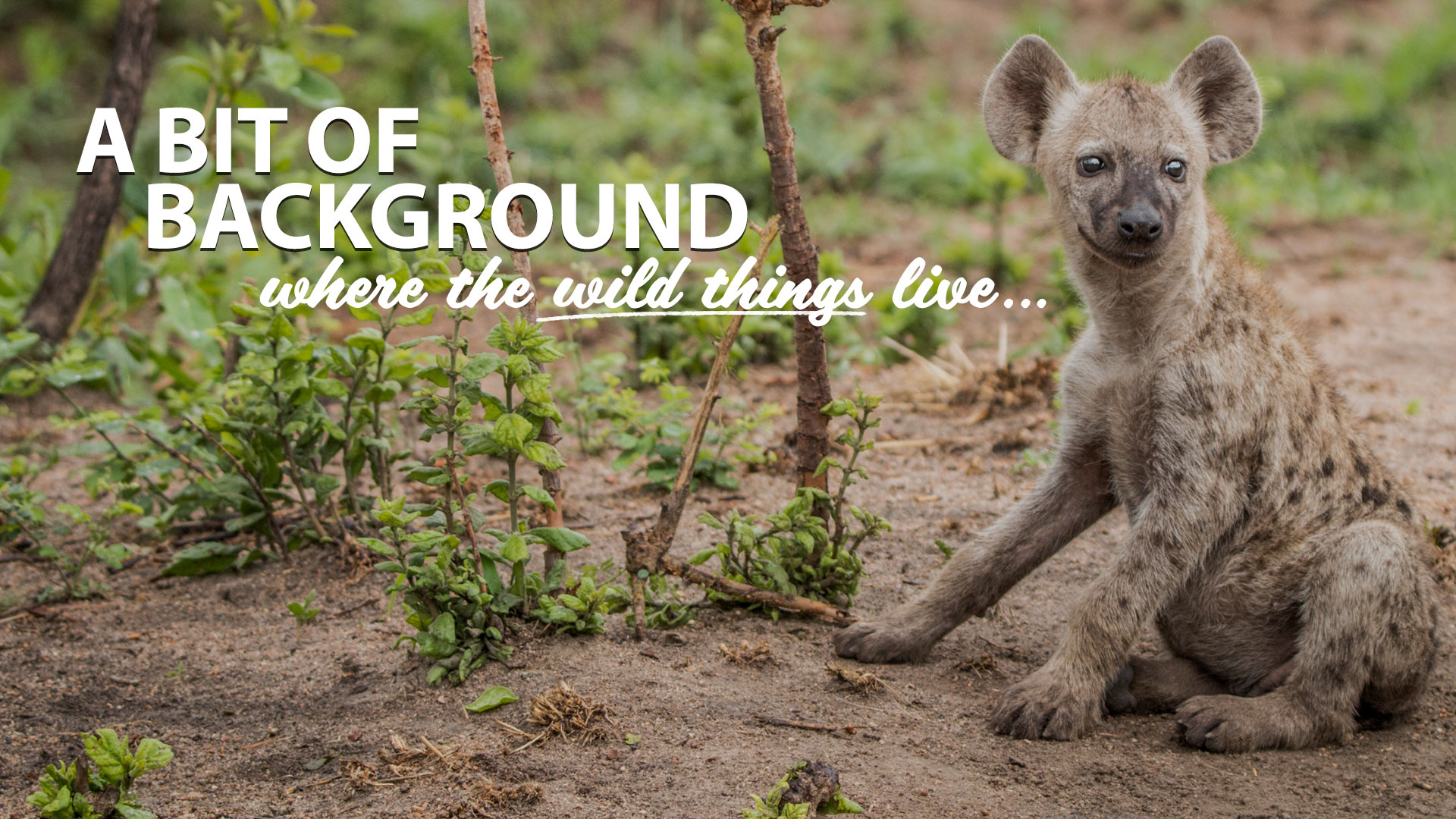 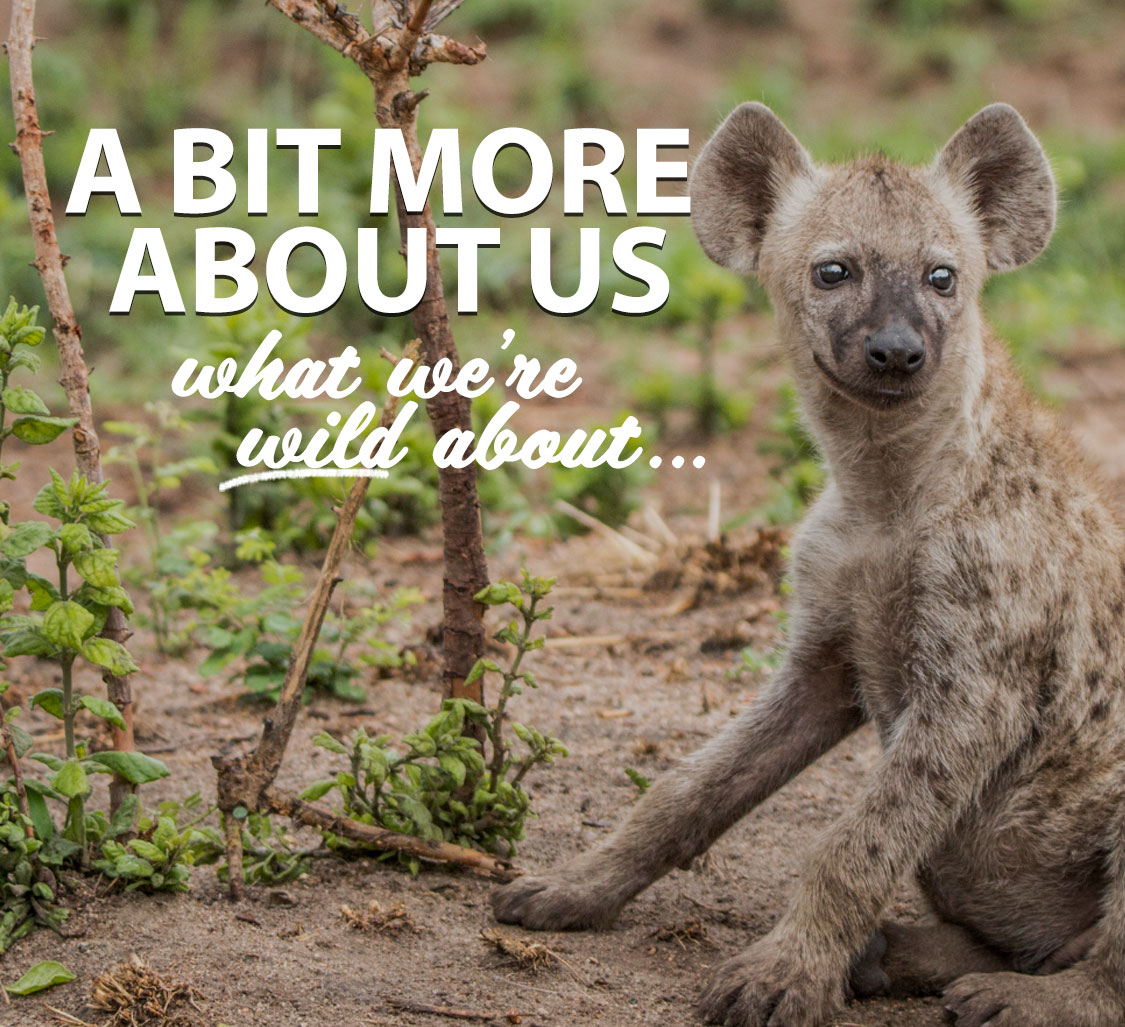 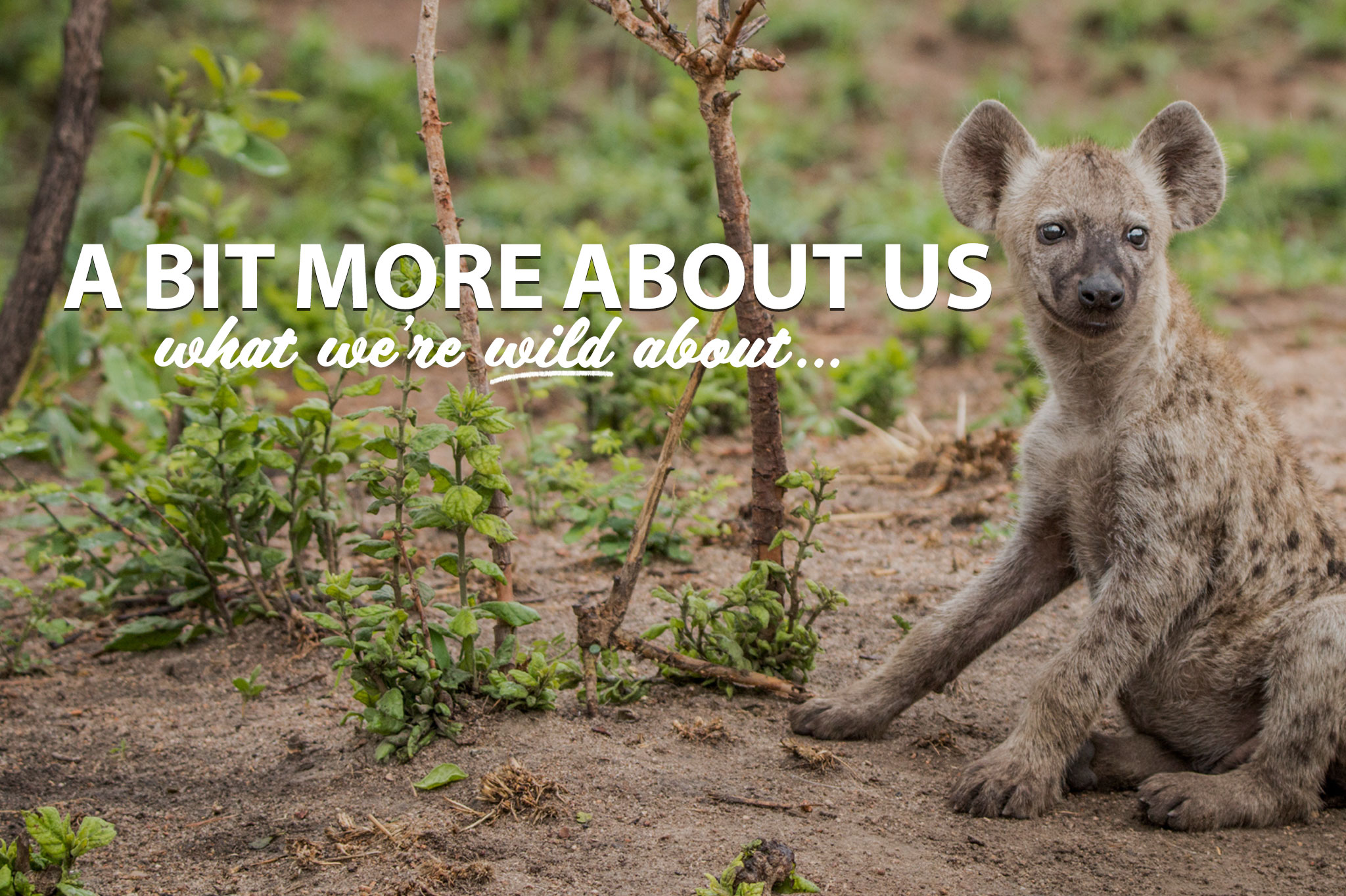 A Little background about Bushbaby Adventures 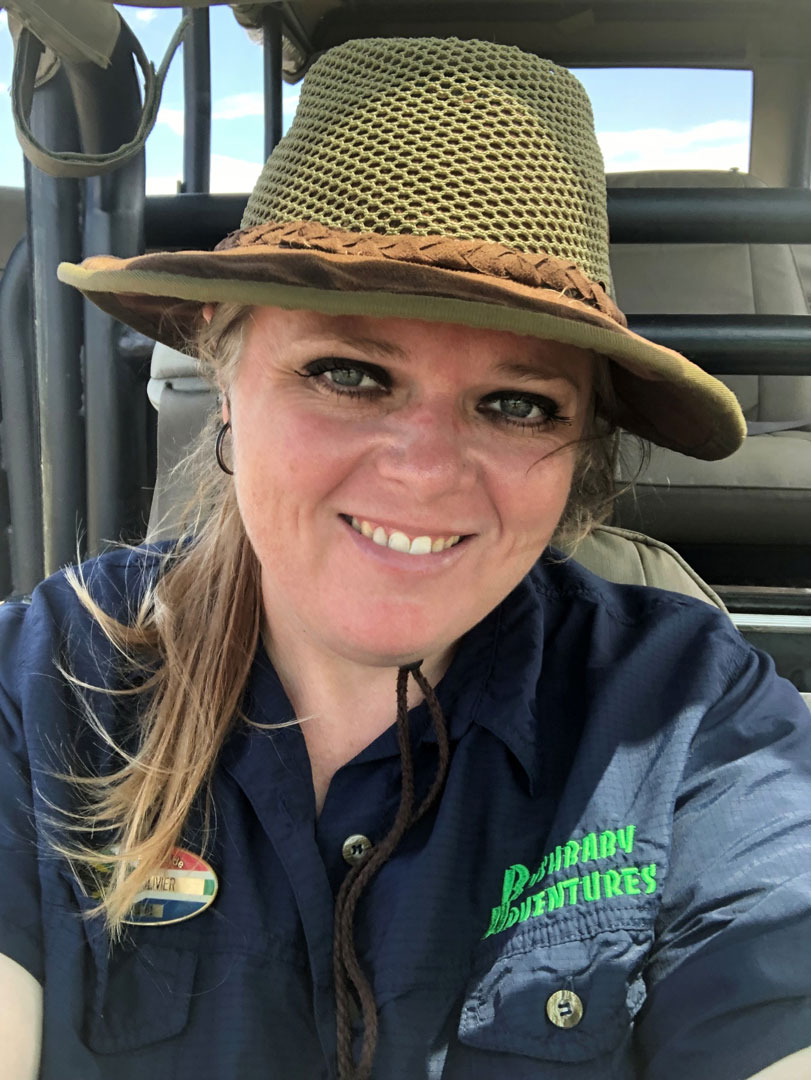 Elize Olivier started Bushbaby Adventures for her passion for wildlife, animals and nature. Based in beautiful Letaba in the Kruger Park where she has been staying with her husband, Anton, for the past 16 years. They met in Kruger Park after the 2000 floods.

Elize fulfilled her dream to become a nature field guide after many years. For almost 14 years she drove the H9 from Letaba to Phalaborwa daily when she worked in Phalaborwa. She has many a story to tell and pictures to show of all her awesome sightings & experiences. Being in the Kruger Park she realized she wants to share her stories, knowledge and experiences with others and show them how special mother nature is. Daily, weekly & longer safaris are done.

Our professional, qualified and registered field guides will pass on all valuable knowledge of the bush, and wildlife and you will enjoy every moment with us. Come and experience a world class safari with us in Kruger National Park. Sit back and relax, let us show you how it’s done locally in South Africa.

If you feel like a tour in magical Kruger National Park or the surrounding areas we can cater for you and show you all the beautiful places close to Kruger National Park. We cater in traditional South African meals and drinks and let you experience the bush in a way you will never forget. Tailor made packages to suite your needs can be organised.

Daily Safaris and overnight Tours, Transfers to and in Kruger National Park & the surrounding areas, tailor made packages to suite your needs, many other excursions to choose from.

If you feel like a tour in magical Kruger National Park or the surrounding areas we can cater for you and show you all the beautiful places close to Kruger National Park. We cater in traditional South African meals and drinks and let you experience the bush in a way you will never forget. Tailor made packages to suite your needs can be organised.

Our Safari Vehicles we use daily

Toyota Open Safari vehicle – for safaris in Kruger National Park. To feel the wind in your hair and smell the bush is like therapy.
Ford Ranger pick up – for transfers and also for safaris if a air-conditioned vehicle is requested instead of an open safari vehicle for safaris. 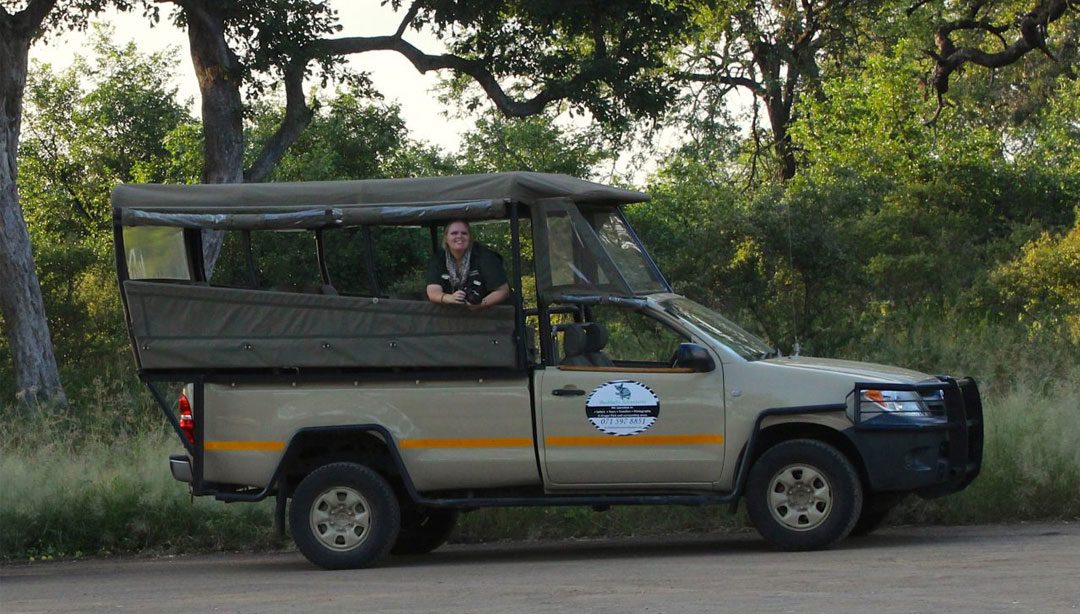 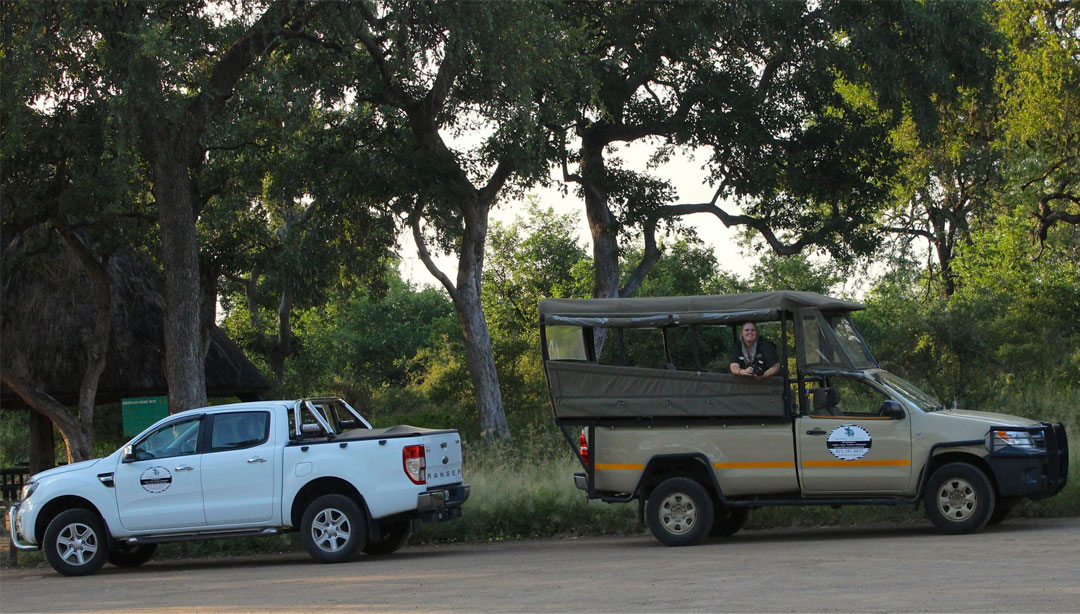 The Kruger National Park is enormous; it covers an area of 20,000 square kilometers, which is about the same size as Wales in the United Kingdom. The reserve is relatively narrow and stretches 380 kilometers from north to south. Kruger is a Malaria area. You will find different animals in different areas of the Kruger, according to the food they eat. There are thousands of varieties of plants in Kruger. They are fascinating in their own right – but also of great interest because of the never-ending cycle of interaction between plant and animal worlds.

The Kruger Park has a fascinating variety of rocks, from some of the oldest known on earth to some of the youngest. Part of the attraction of Kruger Park comes from its incomparable mix of natural and human history.Nearly 500 species of birds have been identified in the Kruger National Park.  You will add interest to your hour, and your day, by spotting a bird that you have never seen before! Reptiles, insects and other small creatures are often overlooked in the search for the large and impressive mammals.

They are not always considered the most likable creatures, but their curious habits and adaptations to the environments they occupy, tell a fascinating story.Mammals give birth to fewer young than insects or reptiles and, to ensure their survival, they take care of them until they are mature enough to fend for themselves. Most mammals spend a great deal of their walking hours gathering sufficient food for survival for themselves and often for their young too.

The northern section of Kruger Park is drier and more arid. The bush is generally more open,
although you will find areas of dense bush in places. Generally, wildlife is more spread out and although the variety is much the same as in the south.
However, tourist densities, especially in the far north, a re lower so you are more likely to be able to view something special without interruption.
It’s also an excellent area for bird watching.

Northern Kruger is ideal for tourists who have more time to spend in the park and who enjoy being away from the hustle and bustle of the south.
Apart from game viewing, there are interesting archaeological sites to visit such as the Thumela stone-walled site near Pafuri and Masorini near Phalaborwa Gate. Remember there is never a dull moment in the bush and everyday has it’s own surprises! We will send a list of recommendations on what to bring with to make your trip unforgettable in the bush when bookings are confirmed and paid.

This area encompasses everything south of Olifants Camp and river. Vegetation varies from dense bush to tree savannah.

The region receives slightly more rain than the north, and the highest concentrations of game are found in this area.
Naturally, the big five are found here and it’s not difficult to have excellent sightings of elephant, lion and other large animals.

There are several perennial rivers in the region with large populations of hippo and crocodiles. As the south is easily accessible, the majority of tourists are found in this region.

Manage Cookie Consent
To provide the best experiences, we use technologies like cookies to store and/or access device information. Consenting to these technologies will allow us to process data such as browsing behavior or unique IDs on this site. Not consenting or withdrawing consent, may adversely affect certain features and functions.
Manage options Manage services Manage vendors Read more about these purposes
View preferences
{title} {title} {title}
×

Welcome to Bushbaby Adventures, please click on one of our guides below to start the chat:

Management Elize Available from 08:00 to 18:00 Available on SundayMondayTuesdayWednesdayThursdayFridaySaturday